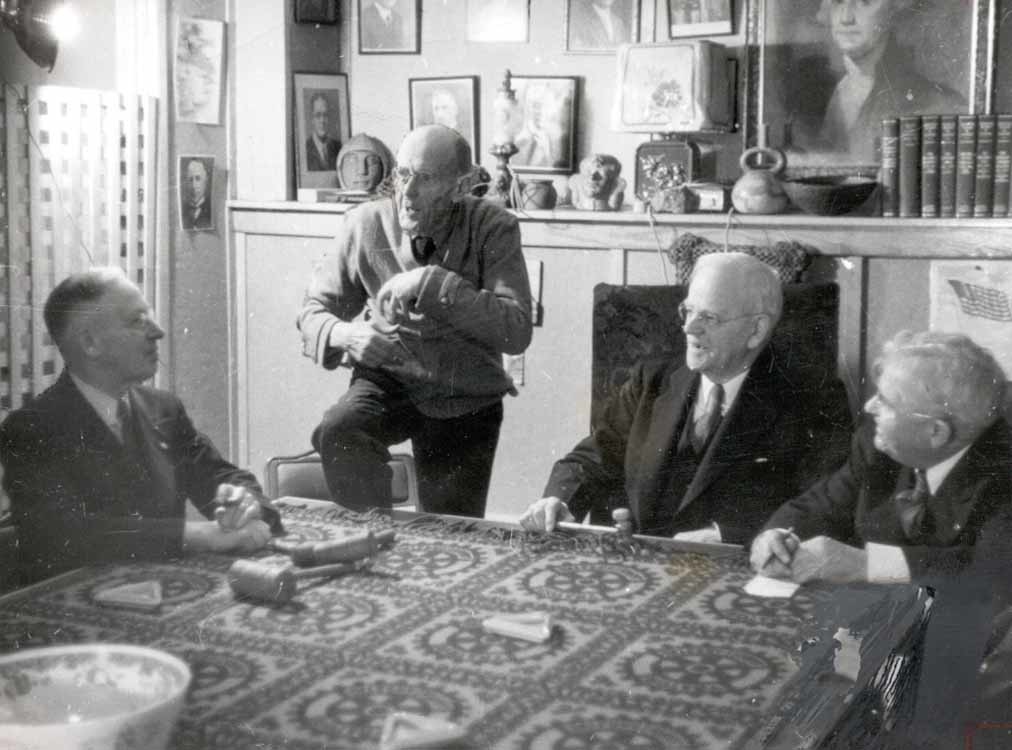 The History Of Rotary

On February 23, 1905 a Chicago lawyer, Paul P. Harris, called three friends to a meeting. What he had in mind was a club that would kindle fellowship among members of the business community. It was an idea that grew from his desire to find within the large city the kind of friendly spirit that he knew in the villages where he had grown up.

The four businessmen didn’t decide then and there to call themselves a Rotary club, but their get-together was, in fact, the first meeting of the world’s first Rotary club. As they continued to meet, adding others to the group, they rotated their meetings among the members’ places of business, hence the name. Soon after the club name was agreed upon, one
of the new members suggested a wagon wheel design as the club emblem. It was the precursor of the familiar cogwheel emblem now worn by Rotarians around the world. By the end of 1905, the club had 30 members. The second Rotary club was formed in 1908 half a continent away from Chicago in San Francisco, California. It was a much shorter leap across San Francisco Bay to Oakland, California, where the third club was formed. Others followed in Seattle, Washington, Los Angeles, California, and New York City, New York. Rotary became international in 1910 when a club was formed in Winnipeg, Manitoba, Canada. By 1921 the organization was represented on every continent, and the name Rotary International was adopted in 1922.

The Founder of Rotary

Paul Harris, the founder of Rotary, was born in Racine, Wisconsin, USA, on April 19, 1868, but moved at the age of 3 to Wallingford, Vermont, to be raised by his grandparents. In the forward to his autobiography My Road to Rotary, he credits the friendliness and tolerance he found in Vermont as his inspiration for the creation of Rotary.

Trained as a lawyer, Paul gave himself five years after his graduation from law school in 1891 to see as much of the world as possible before settling down and hanging out his shingle. During that time, he traveled widely, supporting himself with a great variety of jobs. He worked as a reporter in San Francisco, a teacher at a business college in Los Angeles, a cowboy in Colorado, a desk clerk in Jacksonville, Florida, a tender of cattle on a freighter to England, and as a traveling salesman for a granite company, covering both the U.S. and Europe.

Remaining true to his five-year plan, he settled in Chicago in 1896, and it was there on the evening of February 23, 1905, that he met with three friends to discuss his idea for a businessmen’s club. This is commonly regarded as the first Rotary club meeting. Over the next five years, the movement spread as Rotary clubs were formed in other U.S. cities. When the National Association of Rotary Clubs held its first convention in1910, Paul was elected president.

After his term, and as the organization’s only president-emeritus, Paul continued to travel extensively, promoting the spread of Rotary both in the USA and abroad. A prolific writer, Paul wrote several books about the early days of the organization and the role he was privileged to play in it. These include The Founder of Rotary, This Rotarian Age and the autobiographical My Road to rotary. He also wrote several volumes of Perigrinations detailing his many travels. He died in Chicago on January 27, 1947.